Rebuild of a custom display lectern and installation of a new 30 inch screen. 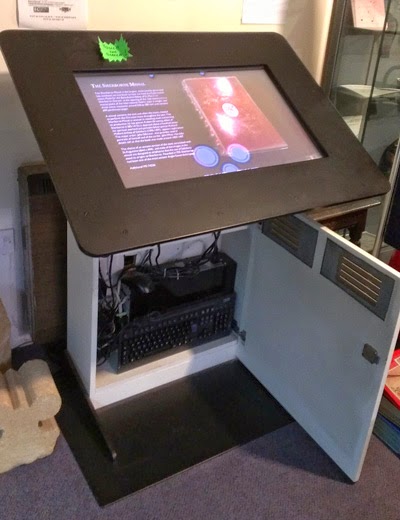 After over 5 years of constant use a large custom built touch screen display lectern used by a local museum had developed flaws in the 30" display. The flaws can be seen as the large circles in the image to the left.

Fortunately the lectern was built with a separate touch overlay on top of the main screen and the flaws were in the screen. A screen of this size is already very expensive; a touch screen version of the monitor would have made the repair uneconomic, as the display is vital to the museum.

In addition to the display problems the lectern was originally designed with too few ventilation ports resulting in overheating issues and repeated power supply failures. 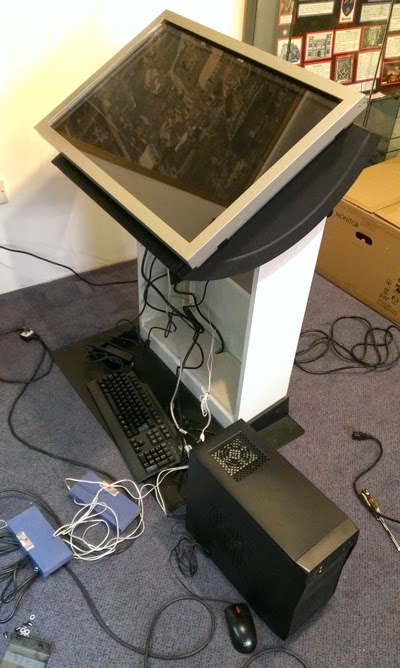 The work included replacement of the display, installation of a new graphics card, additional fans and additional ventilation in
the lectern base. The museum now has a fully refurbished unit that should provide good service for a large number over visitors over the next 5 years.

< The rebuild in progress.

Popular posts from this blog

Ad hoc access to OLE DB provider has been denied

By Slogicus February 27, 2009
Using post SP2 SQL 7 (+ 2000 etc) attempting to access an OLEDB data source using OPENROWSET can produce the slightly spurious error: Ad hoc access to OLE DB provider 'MSDASQL' has been denied. You must access this provider through a linked server. In usual Microsoft style the message doesn't really mean what it says. From SQL 7 SP2 onwards MS by default blocked ad hoc query access with OLEDB. As the message suggests you could setup a linked server but that can be a real pain. Alternatively if you need ad hoc access server wide you could turn on ad hoc access for the SQL server you are using, explained in MS speak here: http://support.microsoft.com/default.aspx?kbid=266008 Ah, but it's not that simple. A little more witchcraft is required. The following registry settings can be used to enable ad hoc access: REGEDIT4 [HKEY_LOCAL_MACHINE\SOFTWARE\Microsoft\MSSQLServer\Providers] "DisallowAdhocAccess"=dword:00000000 [HKEY_LOCAL_MACHINE\SOFTWARE\Microsoft\MSSQLSer
2 comments
Read more

By Slogicus January 26, 2009
Another favourite this month. A fault on one of our client's servers caused it to restart once every 10 minutes for 2 hours - the result was a corrupt LDF transaction log file for the main application database. It is surprisingly simple to recover from this situation: 1. Stop the SQL Server service 2. Copy the affected database (both LDF and MDF files) out of the main data folder. 3. Restart the SQL Server service 4. Create a new database of the same name and location as the database affected in step 2 - it is critical the filenames and paths are identical. 5. Stop the SQL Server service. 6. Copy the original MDF file (copied in step 2) in to replace the new MDF file created in step 4 7. Start the SQL Server service - the database will show as being suspect. 8. Now you need to recover the database, working from Query Analyser or SQL Management Studio: Use master go sp_configure 'allow updates', 1 reconfigure with override go select status from sysdatabases where name = '
2 comments
Read more